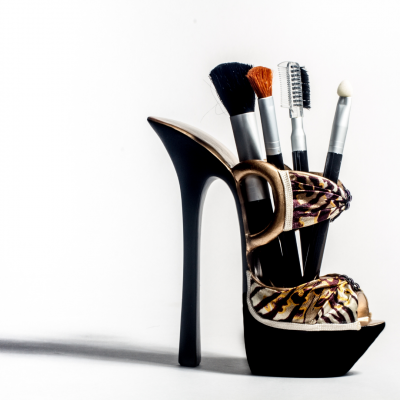 “Such a drama queen,” I teased as I carried him to bed then laid him on the rumpled coverings. He never made his bed it seemed.

“I was under your skirt if you remember. It’s dark in there.” I tossed his stocking over the headboard then removed the other before I kissed a path up the inside of his leg. He gasped and giggled when I nibbled at his prominent hip bone. It worried me how little he ate. He claimed to be perfectly fit but still he consumed so few calories. Maybe I was just used to dining with hockey players…

“Dark but delightful,” he sighed then rolled to his belly. “Unzip me will you? I’m simply too spent to move.”

“Mm, too spoiled I would say.” He laughed like the imp he is. I slowly undressed him, peeling away layers of padding and a corset until I had him bared. I shucked my clothes off with haste, giving them a toss to a chair in the corner that held boots, shoes, a silver wig, two faux fur stoles, and a giant inflatable orange. When I laid down beside him he shimmied around, plastering his small frame into my side to he could stroke the hair on my chest.

“Can you cover us? I’m growing chilled,” he whispered then pinched my right nipple. I twitched but reached down and yanked the thick duvet up. Soon I’d be sweltering and he’d be cold. Then he’d pull on a jersey of mine and thick fluffy socks that didn’t match the sweater. “Oh yum. You’re a true prince.” His head came to rest on my chest, his fingers skipping up and down my abs. My eyes drifted shut. Rose water filled my senses. I was so happy right now. If only I could stay in bed with Eli forever.