Today we have an excerpt from Pines & Violets, the final book in my Colors of Love series. 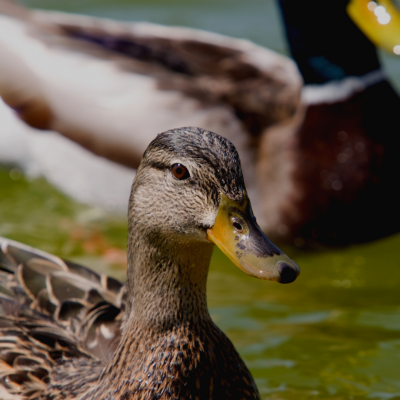 He rolled up on the third in a sleek blue Mercedes coupe. The girls came racing out of the cabin and swarmed him like lab puppies. He gave them both a kiss and a twenty dollar bill. I moseyed down the stairs, arms crossed, giving him a look. It was always good to see my agent and I was happy he’d wiggled time in to drop by on his way to Sweden next week to scout and then court some firebrand young player in the Swedish league.

“Don’t give me that stank eye,” he called then fished a bag out of the trunk of his new car. Or the latest addition to his growing collection. I thought that he was trying to match Jay Leno in sheer numbers owned. “I told them to invest it wisely.”

“Uh-huh. They’ll invest it in ice cream and lip gloss.” I met him at the bottom of the steps. We hugged it out then I took his bag. “Come on in out of that heat.”

“It’s about thirty degrees cooler here in the mountains than it was in Manhattan.”

Raina and Shannal were plotting what to buy the next time we went to town for supplies. I pointed at the twins as we passed them lounging on the steps.

“Nice huh?” I tossed over my shoulder. Arn chuckled. “Go have a seat. I’m putting you in my room for the weekend. Nope, don’t say a word. I’m happy to bunk on the couch.”

“I hate to put you out.” He slid his shades into the neck of his polo shirt as he lowered his ass to the couch. “Damn, this is nice.” He patted the thick cushions.

“Told you.” I jogged up to my room, placed his bag on the neatly made bed, and rejoined him in the living room after I poured us some ice cold lemonade. The girls also had some then went outside to watch the ducks doodling around in the pond and feed them some waterfowl food we’d purchased in town. We’d taken the small pen down and now only had the fence around the perimeter. The ducklings were all feathered in now and would soon be working on flying. Fall would be here soon. Sitting down beside Arn I shoved all thoughts of autumn away.

“So, you look to be in good spirits.” He crossed one long leg, ankle to knee, and sipped his drink. He puckered then sneezed. “Damn, this is tart.”

“Yeah, the girls made it. I can add more sugar.”

He waved the offer away. “Nope, it’s good. So, talk to me. Are you liking it up here in the boonies?”

“Yeah, we’re really having a good time. Getting out of the city was what I needed. The girls are having a blast. It’s been really restorative.”

“Good. I was starting to worry about you to be honest. Locked up in that damn old house, rattling around in a mansion like a ghost from a Dickens book. It’s not good to wallow.” He took a sip and sneezed.

“Truth. I guess it was just easier to stay locked in the past.” I sighed then studied the slice of lemon in my glass. “I might put the place on the market when we get back. It was Larissa’s dream house, not mine, not really. I just bought it because she loved it so much.”

He stared at me then smiled. “A new house might just be the best thing for you. Well, other than finding a woman before your balls bust.” He snorted into his lemonade.

I leaned back, spied the girls sitting on this side of the fence, tossing waterfowl pellets to the ducks. My sight then flicked to Arn. Man, he looked so chill in his blue polo shirt and tan shorts. Hell he was even wearing sandals. The man never dressed down. I could count on one hand how many times I’d seen him in casual clothes and not barking into a Bluetooth earpiece. And here I was about to lay something on him that would make that vein in his forehead bulge.

“My balls are fine.”

“Jerking off ain’t the same as a hot woman.” He sipped his drink, his face drawing into a terrible grimace. “Damn this is tart.”

“I’m not jerking off.” I glanced through the screen door on the front, saw the twins were still feeding ducks, and then met his questioning look. “I met someone. We’ve been dating steadily for a month now.” His face lit up. I smiled sheepishly then barreled right into the truth of the matter the same way I would take out an offensive player. “It’s a man.” He blinked. I stared. The girls ran into the house, grabbed their paint caddy, and raced back outside. I’d give them three minutes. Arn took a sip of his drink, his nose wrinkling before he sneezed. “Let me put more sugar in that.” I reached for his glass. He pulled it closer to his chest.

“If you insist.” A full moment passed. “You did hear me, right?”