Today we have a snippet from A Brush of Blue, Colors of Love #5. This time around we get to witness the Montrell setting Landon straight on a few things after a terrible first date. Our word this week is “Careless”. 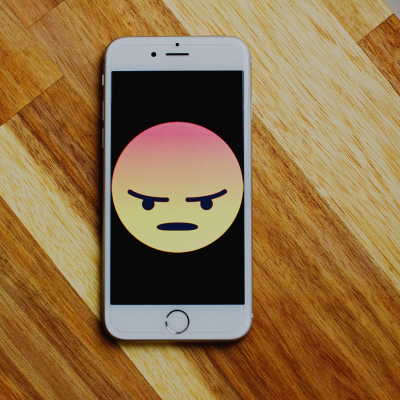 I closed the door and gave the whirlwind of a room a quick look. “You come here to pass judgment on my housekeeping?”

My gaze flew from the papers covering the sofa to him. “No, I came here to pass judgment on you.” That made one of those tangled eyebrows fly up his forehead. I took a step closer. Something crunched under my foot. I took another careless step, getting me close enough that I could see the wildly intoxicating blend of gold, green, and brown of his eyes. The gold was deepest around his iris, then it melted into the soft greens and browns. His lashes swept down, breaking the spell. “You set off some kind of cosmic chain reaction last night.”

His brow furrowed. “What the hell are you talking about?”

I drew in a breath. The woodsy green scent of Blues Boy enveloped me. Maybe I should have stayed back by the door, but I’d wanted close so he could feel my rage.

“Last night, your rudeness kicked off some sort of shitty domino effect. I’ve had at least five people in less than twenty-four hours tell me, in various ways, that I was a dick.”

He chuckled, the stiff set of his jaw loosening. “And you think I’m to blame for people thinking you’re a stuck-up asshole? Sorry, Mr. Superstar Goalie, you get to carry that burden all by yourself.”

“No, see, that’s not the way it is. I’m not a dick. I’m a nice guy.” He arched that damn brow again. If that eyebrow wasn’t part of such a mesmerizing face I’d punch it. I was a hockey player. I knew how to punch. I didn’t get many opportunities but I knew how to make a fist and deliver a solid left. “I am. Ask anyone.”

“Yeah, I’ll pass. I saw firsthand what a jerk you are last night. Oh sure, you’re a damn fine package, all Rob Lowe double good looks and that athletic physique, but you’re vapid and self-centered. We spent hours together and you never once acted interested in me.”

I took another step closer. Something was wrapped around my ankle but I was too intent on this conversation to look down to see what I’d stepped into.

“That is bullshit,” I barked, getting right in his face. Credit to Montrell. He never flinched. I was taller and heavier but he stood his ground. It impressed me. The bastard. “I was all kinds of interested in you.”

“In fucking me, yeah, in getting into my ass, yes you were. But you didn’t give a shit about the man attached to the ass you so badly wanted. You were cold, distant, uninterested in anything I said, and rude to my friends. Then, after acting like a pompous ass all night, you expected me to just fall to my knees to suck your dick simply because you’re Landon motherfucking Reece.”

“I did not expect you to suck my dick.” Oh, my God. What a miserably lame response to his accusations. Sadly, I had no other replies as everything he’d said was more than likely true. Was true. Was. True. Shit. “I wouldn’t have turned it down, but I was expecting a hot fuck.”

His reply was to sigh, deeply and with great theatrics. “You’re a dick. Whoever told you that was right.”