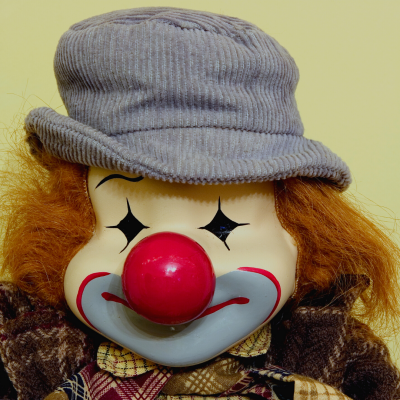 That seemed to ease some of the tension in the room for about fourteen seconds. The kids, plus four more that I didn’t know well but recognized, came thundering in, eyes wide, cheeks flushed with excitement. Then Liam showed up, pushing through the small group of children, his stride purposeful. He walked to his mother and threw back his shoulders.

“Mom, I am turning myself in for purse and cue shun,” he stated. The adults all looked at each other in confusion. Liam sighed and rolled his eyes. “I’m here to tell you that I pushed Mark Millson into a mud puddle in front of Claire’s house.” He pointed to the young Black girl in the shorts and checkered blouse. “I pushed him hard and he fell into the road, right by the storm grate. I did it on purpose and with willful knowledge of the law.”

“I told you not to let him watch Better Call Saul all the time,” I jokingly said to Kelly, who was rather slack jawed. My mother gasped. “It was a joke, Mom.”

“Mark rode up on his bike and called Bridgette a bad name then tried to shove her. I ran up to him, gave him a push, and he fell off his bike and into the street by the storm drain. I knew he would cry because he’s scared of Pennywise but I did it anyway. Mark cried and cried. I know it was bad. You told me not to be mean to people but no one pushes my cousin but me!”

I opened my arms for Brigette. She slipped into my embrace. “Are you okay?” I asked while stroking her hair. She nodded.

“Liam was brave and strong. He is Captain America!” Bridgette said. The kids all cheered. Liam tipped his chin up and by gosh I could see American flags snapping behind him in my mind’s eye.

“Okay well…” Kelly looked to Adam. Adam clapped the boy on the shoulder. “Okay, well, uhm. We’re proud of you defending your cousin from someone bigger than she is, but we’ve talked about fighting.”

“It wasn’t fighting, Mom, it was a shove. I never once fisted my fist,” Liam stated. That did make sense. And as it was my daughter that he’d defended…well, I was okay with a push into the gutter. Pennywise was another matter. Damn clowns.