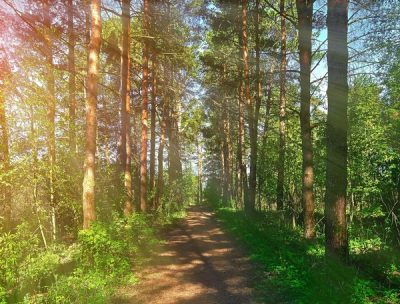 Dropping off was easier the second night as was waking up the following morning.

I set my phone alarm so that I could beat the girls and get my ass outside to meet Aiden “Mr. Odd and Reclusive Goose Man” Burke at the pond. I’d sent Paula a text last night late, after baths and lightning bugs, asking for more info on this Aiden dude but she’d not replied.

I slipped out of bed at 5:30, checked on the twins and closed their bedroom window, then went downstairs to make a cup of coffee. Wearing some old board shorts, flip flips, and a Surge tank top, I made my way to the front porch. I took a seat on the glider, inhaled the mountain air, and had a few moments of Zen. It had been a long ass time since I’d felt this kind of serenity. Maybe Paula had been right. Not that I would ever cop to that.

The honks of geese on the still morning air announced the arrival of Aiden Burke way before he appeared at the top of a small knoll. I blinked a few times, sure that my vision was blurred with sleepy dirt. Nope. My eyes were not musty. I was indeed seeing a grown ass man coming down the hill in what could only be described as a floral dress. It was billowy and bright yellow with bold pink flowers. Perhaps a caftan better described it. It looked like something my grandmother would wear to be honest. On his head sat his straw hat. His flock of geese waddled along ahead of him, honking to beat the band. The two long-eared goats dallied along at his side, stopping to munch on tiny saplings then hurrying to catch up. I got to my feet. His gaze was sharp, obviously, for he saw me instantly even from a distance.

The geese rushed the pond. Mr. Mallard took offense as did Mrs. Mallard but the geese gave no fucks. They ran into the cold water, flapping in joy. The goats ambled off to get back to work on the rose bush by the tree line. I waited patiently, mug of coffee in hand, as the resident hippie made his way to me. He had a severe limp, and his walking stick carried much of his weight it seemed.

“Morning,” he called as he neared. He was a good-looking guy. Fine features, hazel eyes, and a neatly trimmed beard. “I’m Aiden.”

« The World According To Liam is now in KU!
Gems – Onyx (A Serial) Chapter Seven »