Welcome back! This week is our picture prompt week and all posts must reflect the chosen image. Today’s post is from my current WIP Slow Dances Under an Orange Moon, the fourth in my Colors of Love series. In this snippet Kye, our leading man, is having dinner with his grandfather in the only pub in town when Dave, his former flame, enters. 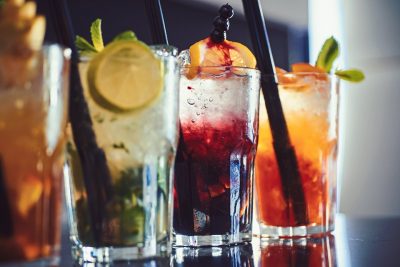 The door opened and in walked two men, both in WCO uniforms. My glass of Coors froze just four inches from my lower lip. The man on the right was some blond Justin Beiber sort of pop star pretty boy. The man on the right was Davy Aguirre. Holy mother of a happy baby Jesus. Davy had aged really well. Still lean but taller, wider across the shoulder, he carried off that tan shirt and dark green trouser look perfectly. His gun holster rode low on his hips and his green ball cap with the game commission seal sat comfortably on a bed of neatly cut black hair. I took a sip of beer just to wet my lips and throat. His forearms were bared and tan and muscled with a fine dusting of dark hair. He and his fellow WCO took a corner table. I peeked around the high wooden back of the booth Dunny and I were in.

Davy and Pretty Guy were laughing over something as Dave removed his ballcap and ran his fingers through his hair. Were they dating? Man, I hoped not. That would fuck the hell out of my plans to rekindle with Davy and—

“What are you looking at?”

I startled, beer slopping out of my glass to coat my fingers as I whirled around to glare at Dunny.

“Nothing, I’m looking at the time on the clock is all.”

The old man looked skeptical but he bought it. Our food came quickly, which was a blessing as it kept Dunny from asking questions and me from sneaking peeks at Davy and his maybe date. I heard the door opening as we were finishing up but refused to look to see who was coming or going. When we were given the tab, I slid out of the booth, stretched to work out that persistent kink in my lower back, and gave the bar a sly once-over. The table where Davy and the pretty boy had been was empty. While it sucked to have been so close and not speaking to him, I’d bump into him soon and hopefully he’d be alone. I could chat him up much better if he weren’t on a date with someone. Not that young model WCO dude had anything on me because I am far from being some wet-behind the ears pup. Rye McLeod was still in playing form. I am a lean, mean, romance seeking machine.