Today we have an excerpt from School and Rock, Arizona Raptors #5, written with RJ Scott! 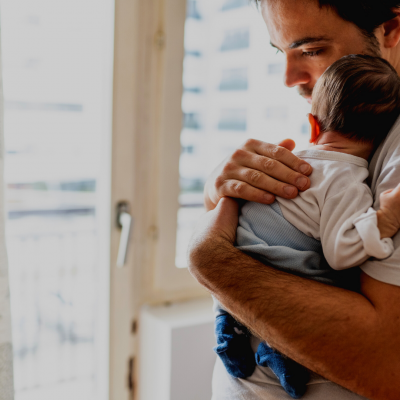 “What kind of mad house is this, exactly?” Joe asked as he slowly passed my girl back to me. Could be I’d broken through his concern. Or it could be that Simon the human Sequoia had walked up behind me.

“It’s a home in transition,” I explained as I placed my baby into the infant sling that seemed to be part of my permanent wardrobe now. Joe’s eyebrows rose. “Yeah, I know, it looks like a fun house but I swear things are not as they seem. Come on in, have a seat. Let’s do this over.”

I pattered off bare-footed into the music room, one of my favorite places in this mausoleum of a mansion I’d bought with all that Raptor cash. The recording studio in the basement was another fun place to hang, second only to the music room and my bedroom, but my knowledge of how to mix records was minimal.

“Have a seat,” I waved a hand at one of several couches spaced around the band’s practice instruments and a baby grand. I threw a leg over the piano bench and got situated. Maddy whined and whimpered her cheeks still red from her earlier screaming spell. “Sometimes when she’s wound like that she digs music. Which really proves that she’s mine.” I laid my fingers to the keyboard and began playing Brahms Lullaby. Her fidgeting slowed, her arms and legs relaxing. I pressed a kiss to her fuzzy head. “I discovered this a few nights ago when she was raging. Like, nothing I did eased her. Bottle, clean diaper, nothing. So we walked. Ended up in here and I figured why not? Music soothes the savage beast so it should soothe an irate baby.”

Joe didn’t sit down. He circled the black Steinway like a worried mama bear. “You’re not at all what I expected,” he confessed as he ran a hand over the top of the piano.

“Yeah, of that I am sure.” Wild-haired inked dude in jeans and a purple kimono, nose ring and several toe rings, who was running on two hours of sleep in the past three days. Who would have envisioned that? Maddy yawned softly. Joe smiled and I returned it. His cuteness factor grew by ten thousand when he smiled. I hoped he did that more often. “This whole dad thing was like an ACME anvil, right?”

I moved from a lullaby to Aerosmith’s “Angel” which I had taken to singing to her as well. She loved Aerosmith. Just like her dad.

“As in it fell out of the sky on your head unannounced.” He stood there, arms folded, watching as I played.

“Totally like that. One day I’m a footloose pan dude loving and living the rock and roll hockey life, the next I’m a father. Talk about a radical wake-up call. Anyway, children’s services are now involved, and even though I’m her father legally, almost, and biologically, they’re stomping the states in search of her mother. She has to give up custody or something. I don’t know. My head is muzzy. Too little sleep and too many powdered doughnuts. Bottom line is that I need help here at home and I need it like yesterday. We’re heading to Dallas in two days for the western division finals and I need certified childcare or they’ll take her back.”