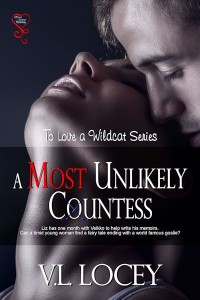 Exclusive to Amazon and Available to Borrow in Kindle Unlimited

To Love A Wildcat Series

Painfully shy Liz Argon probably shouldn`t be dreaming of Veikko Aho, star goalie for the Philadelphia Wildcats. As she works side by side with ‘The Count of the Crease’ on his memoirs, she finds herself falling for the handsome goaltender. His tender ways with her and her mentally fragile mother are slowly claiming her heart. If only Veikko wasn`t already engaged to a woman far better suited to move in to ‘The Count`s’ world. In book two of the To Love a Wildcat series, we`ll see if a glass slipper can survive in the rough and tumble world of professional ice hockey.