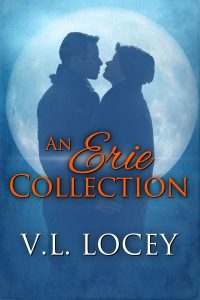 An Erie Halloween | An Erie Operetta | An Erie Garden Party | An Erie Uprising!

You can now have all four of the Lake Erie pack novellas in this one reasonably priced collection! Included in the set are the previously released novellas: An Erie Halloween, An Erie Operetta, and An Erie Garden Party. To round off this whimsical and romantic shifter set is a brand-new novella, An Erie Uprising!