This year is just racing by but we’ve still got some great books to look forward to. Today I’m sharing the blurbs to all my books (solo and coauthored) that are coming out between now and the end of October. There’s also an audio book (Two Man Advantage, Point Shot #1) coming out sometime in September so we’ll toss Vic & Dan into the mix as well! I’m sure Victor won’t mind.

We’ll do another blurb roundup for those wonderful holiday books that will be releasing in late November and through December! So, without further ado, let’s get blurbing! 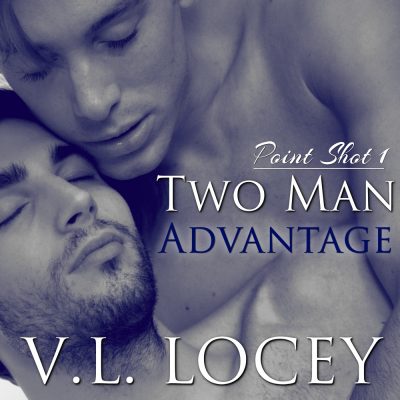 Victor Kalinski, all-star forward for the Boston Barracudas, is one of the biggest jerks in professional hockey. Before long his aggressive attitude gets him shipped off to play in the minor leagues.

Furious, he takes to the ice with equal amounts of skill and scathing sarcasm, which doesn’t win him any friends—except for good-natured alternate captain Daniel Arou. He won’t take any of Vic’s crap, and he won’t take no for an answer.

But Vic’s troublemaking is pulling his career one way while Dan’s talent is pushing his in the other. However much they scorch the sheets, they might soon be separated by more than Vic’s fear of being hurt. 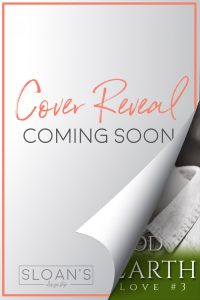 Will their attraction grow into something deeper, or will it wither and die on the vine?

After the Syracuse Stallions clinch the championship, Nathan Zinkan, the renowned wild man of the AHL is arrested for a DUI. Again. When a no-nonsense judge adds a heavy dose of community service to an already stiff sentence, Nathan has to forget a summer of partying and slide on a pair of gardening gloves. His entire future now rides on how well he can behave while helping elderly urban gardeners tend to their tomatoes.

Watching local garden center owner Bran Cavanaugh working without his shirt is a benefit he wasn’t expecting. Pity Bran is also the one in charge of the community garden as well as keeping tabs on Nathan’s hours served. The two men are instantly at odds due to Nathan’s rebellious nature and Bran’s icy demeanor. Yet there’s no denying the attraction that begins to build between the hot-headed athlete and the cool as a cucumber master gardener. 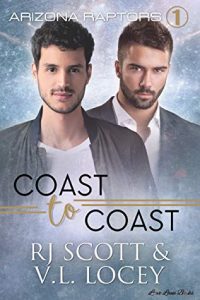 When opposites attract, it’s not just the team that’s in for a shake-up.

When a stipulation in his father’s will throws Mark back into a family that disowned him, he has only two things on his mind; buying his way out of contractual obligations and running in the opposite direction as fast as he can. When neither option pans out, he finds he is now a one-third owner of the struggling Arizona Raptors hockey team, and that is just about the worst thing he could have happened to him. Not only does he hate hockey, but the Raptors are a bottom-of-the-league team, rife with jealousies and anger in a locker room that only knows self-pity. How is he supposed to help turn things around when the only way to start fixing things is to form an alliance with the estranged siblings he’d run from fifteen years earlier?

Then there’s Rowen Carmichael, a stubborn, opinionated, irritating man with superiority issues and questionable taste in music. Butting heads with Rowen, who he’d never even wanted to hire in the first place, is one thing, but there is no way in hell that he will allow the growing attraction to the new coach become anything more. Until with everything on the line, he has to make decisions that will change his life forever.

After years of collegiate coaching, Rowen is given an offer that he simply can’t refuse, although perhaps he should. When he’s presented with the chance to take one of the worst teams in the league and mold them into a future cup contender, the challenge is just too alluring to pass up. He leaves his beloved Ontario behind and moves west to the arid city of Tucson where he is faced with a broken team, shoddy management, and players overflowing with resentment and bigotry.

Never in his twenty years of hockey has he ever seen such a raging dumpster fire of an organization. Yet there’s something about this team and this city that compels him to roll up his sleeves and start dismantling. He has his eye on a new associate coach that’s bound to make waves and several key players who should be sent packing. Now all he has to do is convince the new owners of the team that his choices are for the best. If only Mark Westman-Reid, one of three siblings who now own the Raptors, wasn’t so damned rock-headed, so damned snooty, and so damned appealing his job might be a bit easier. 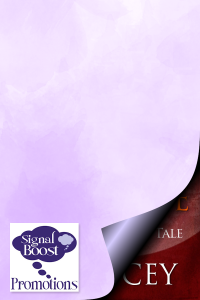 Being a new member of the undead sect has its ups and downs, something that newly embraced Akio Lee is finding out first hand. Being able to spend eternity with his beloved Vincente, the man who introduced him to life in the nightside, is a definite up. Having to feed on strangers? That’s one of the downsides, and something that Akio is finding difficult to swallow. But what other option is there for a recently wed vampire couple who need blood to survive?

Finding a new donor perhaps? One who comes into the lifestyle willingly, as Akio had done, and is open to the unique and sensual relationship that develops when three men have a blood bond. A man who can exist in both the nightside and the dayside worlds. A man like Ian O’Keeffe, the handsome caretaker of the manse Akio and Vincente now call home? Ian seems to tick every box Akio and Vincente have—he’s comfortable around vampires, he’s obviously into men, he’s drop-dead gorgeous, he’s more than a little mischievous, and he’s human. Mostly.

But will the outgoing handyman be willing to offer two vampires his vein, his body, and his heart?