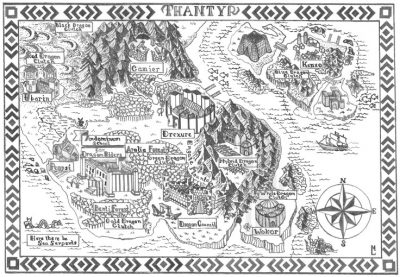 As the southernmost region of Nebeth, Thantyr is known for being the home of the dragon council themselves. The Treaty of Dragons series follows a group called The Opseti Guard through their journey to renew the bonds between dragons and humans a like.

In the first installment to the nine-book series you see not only the fall of the beloved dragon council, but the creation of The Opseti Guard themselves. You are taken on a journey of friendship and defining adventures. They learn not only to work as a team, but how what their own strengths are. You will see how they grow through the hardships that they face as well.

So, with that in mind, welcome to Thantyr. May you always find joy in the journey, even when it is hard.

The first novel along this journey is, The Opseti Guard. 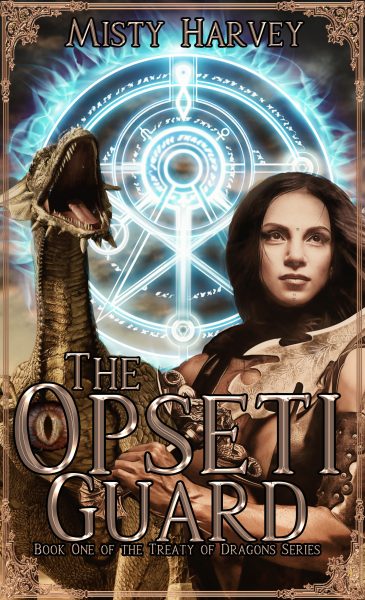 The Treaty of Dragons is in danger.

Dragon after dragon are showing up in the infirmary injured to the point of near death. Their supposed valiant riders are claiming it as nothing more than battle wounds. During a time when Thantyr seems at peace, this draws more than a little attention. Especially, when a healer named Renna Alder can connect to the dragons on a deeper level. She sees flashes and bits of what they’ve been through and it sends her into a rage.

No longer able to sit by idly and accept that all they can do is fight to keep the dragons alive, she disguises herself as a transfer student named Elas. Under this pretext she joins the dragon rider school to investigate what really is happening to these dragons. However, what she discovers is something far darker and more sinister then she ever could imagine. Can Renna find a way to save the dragons before she falls to a similar fate? Or has she discovered more than she can handle?

Misty Harvey loves writing spine-tingling horror or dark fantasy novels sure to thrill readers. The psychology behind such tales has always been a fascination for her since she was younger. Even to the point that she once contemplated taking up psychology as a profession. Still, her love resides in the art of storytelling. An art she wishes to continue to share with readers for the rest of her days.

After climbing out of her writing cave and searching the house for the sound of the latest creak or pop, Misty can be found doing one of many things. Often, she spends the remainder of her day with her amazingly supportive husband and youngest daughter. While she has two older children that are out there spreading their wings around the world, including giving her a few grandchildren.

Her favorite things to do when not writing are crafts, wrestling with her dog, avoiding her cat’s bite or generally making her husband and daughter crazy. Often, she can be found creating vivid tales with her daughter about whatever mundane thing happened in their day and turning it into a crazy story. She is also an avid gamer, crochet goddess (we shall pretend there), domestic queen, and animal tamer (it’s a work in progress).

You can stalk Misty here:

Other Books Sold by Misty: