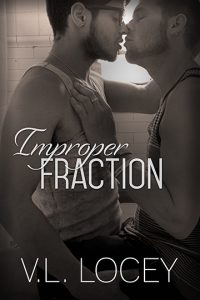 O’Malley Ramsey, math aficionado, grew up next door to Garrison Rook, All-American athlete. While O’Malley dreamed of numbers and kissing Garrison, Garrison’s tastes ran to home runs and hot chicks. During a family celebration the night before both young men were heading off for college, O’Malley joyously discovers that Garrison isn’t quite as straight as the star athlete had been pretending to be. Vows to return to each other quickly followed a few clumsy kisses in the old treehouse in the Rook’s backyard.

Four years later, the two ex-friends meet up at a summer camp where O’Malley is serving as a counselor. Garrison is desperate to make things right with his childhood friend, but can O’Malley, still nursing the pain and mistrust of Garrison’s betrayal, ever forgive or love Garrison again?