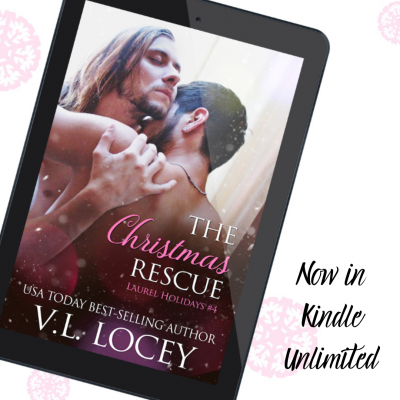 A city boy is about to discover the true meaning of Christmas from a man with a heart as big as the snow-covered farm he calls home.
Decker Fitzgerald is all about the job. Which explains why he’s out cruising around the snowy hillsides of the Allegheny Plateau looking for a rundown farm in the middle of a whiteout. If not for his need to prove to his father—and himself—that he is worthy, he could be down in Rio with his friends over the holidays. But no, he’s creeping along winding country roads in search of some two-bit farm animal rescue parcel that Fitzgerald & Sons Well Services is desperate to contract. Seems the owner, some long-haired hippie sort, is refusing to allow them to set up a natural gas fracking pad on his acreage. Foolish tree-hugger types. Why anyone would choose a three-legged goat over thousands of dollars of royalty checks is beyond him.
He quickly finds himself stuck in a ditch and at the mercy of the elements as the snowstorm shifts into blizzard status. It’s then that a lanky stranger with a beat up tractor comes to his rescue. When the greeting and handshake reveal his rescuer is Acosta Melios, the peculiar hipster who owns the farm rescue facility he’s here to sweet talk into signing a contract, the instant pull of those cordial gray eyes falters. That is until Decker is forced to spend several days with the genial and outgoing husbandman. Between the gentle warmth that is Acosta and the loving pull of the abandoned farm animals, Decker is finding it harder and harder to persuade the outgoing farmer into allowing his father’s company to have access to his land. What isn’t hard is falling in love with the man and his throwaway charges. That, it seems, is as easy as falling off a cranky, diabetic llama.
The Christmas Rescue is a standalone small-town gay insta-love Christmas romance with forced proximity, two incredibly opposite men, a barnful of rescued farm animals, oodles of snow, strings of popcorn on a cockeyed tree, and a festive happily-ever-after.
« Tuesday Tales – Pillow
January FREE M/M Book Promo »