Today we have an excerpt from Top Prospect, an upcoming serial prequel for my new Watkins Glen Gladiators series debuting in January 2023.

“Again. This time you need to focus on window three. I’m getting the puck past you consistently in the third window. Do you not listen to me when I explained the three windows behind the net?”

I yanked off my mask, sweat dripping from it to the ice, and turned to face Bogart. He was behind my net, staring at me with those sharp gray eyes, a puck resting in front of his stick. We’d been at this for over an hour and I was freaking done in. When Uncle Bryn had told me I was in for months of deep training I never would have guessed it would be this deep. Bogart Weber was a big guy, tending to being a little portly, with wild dark hair and eyes like a hurricane. After four weeks of his tutelage I was, in his words, ill-prepared for the realities of going from collegiate to professional hockey.

“Yes, I listened. To the right is the first window, directly center behind the net is the second, and to the left is the third. I must lock onto all three windows to properly block the incoming wraparound attempt. I know that. I just can’t seem to move fast enough side-to-side today.”

He skated around to face me, leaving the puck sitting behind my crease. “Not just today, Liam. For several days. We are working on the same issue and not making progress. Is there an issue at home that I should know about?”

“No, no issue.” I grabbed my water bottle and doused myself, the cold water doing little to wash away my aggravation with myself. As irritated as I was with Bogart for being so damned driven with this drill I was twice as angry at myself. I’d never been told I was too slow for the pros. I’d won awards damn it! Still, there was no way to dispute the trouble I was having right now. And the worst part of it all was that Uncle Bryn was sitting in the empty seats of the Boyer Ice Skating rink a few blocks from my home drinking my screw-ups in. 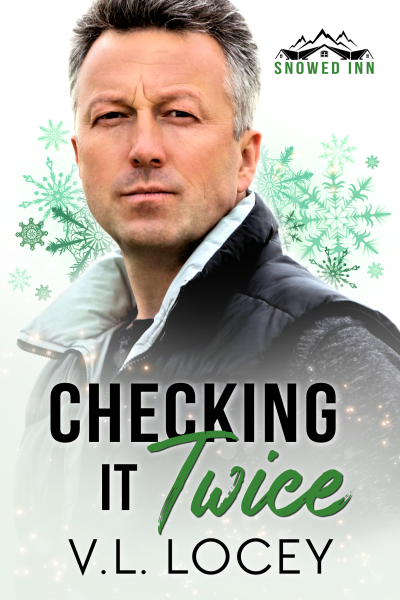