Today we have an excerpt from my new WIP The World According to Liam! 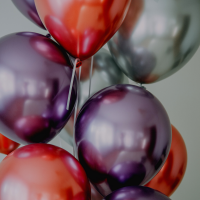 “Would you like me to cut that up for you, Liam?” Ebba asked. Liam shook his head but ended up needing some help after all. We sat there, chewing, people passing by speaking all kinds of languages, and yet our table was unusually quiet.

“I like the tuna,” I finally said just to break the tension that had blossomed.

“They dated in college,” Ebba blurted out between bites of pizza. Her dark eyes then, finally, met mine. “I did not know he now owned part of this place or we could have gone somewhere else.”

“Ebba, it’s fine.” She looked ready to weep. “Honestly, it’s okay. I never once thought that a man as appealing as Bryn didn’t date before he met me. Actually, I knew he did. I’ve met a few of his old flames back home in Pittsburgh.”

Relief flooded her face. “Oh, oh thank goodness. I wasn’t sure if he’d discussed Kurt with you. I should have known he would have. Bryn has always been one who believes that being open and honest in a relationship is key. Phew!” She giggled nervously. “How silly of me. There I sat worrying. Goofy Oma has a balloon head filled with air!” Liam bobbed his head, his cheeks too round with pizza to reply. “In all honestly when they broke it off I was relieved. They were far too young to be speaking of such a large commitment. Of course back then they could not have legally married, gay couples could only be registered partners but still they were both—”

I lowered my glass of lemonade. “Wait, they were engaged?”

The look of respite that had just settled on her face took wing. “I…they were…not legally of course because it was not…just a pledge more or less. A youthful troth, nothing that would have stood the test of time. Nothing like you and he have. The rings were cheap little things that they’d picked up during a weekend ski trip in Norway. I think they turned their skin green. I need more lemonade.”

Rings. There had been rings. That sounded a lot like a real engagement to me even if the rings weren’t quality jewelry. I worked hard to shake off the shock.