Today we have an excerpt from Spiritual Whispers, an upcoming PNR gay romance that I’m currently working on for release next year around Halloween. 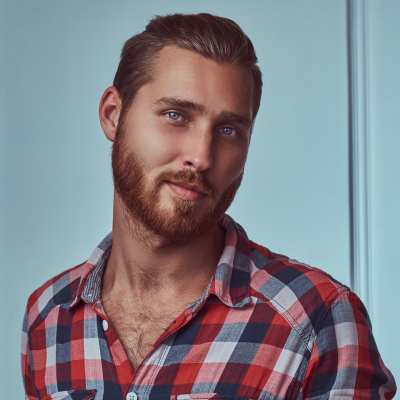 Singing along to a pop song on the local radio station I slowed and hit my turn signal. Pulling off the road on the left I crept up the driveway that curled around to the front of the inn. It was a lovely place with incredible bones. Built in the late nineteenth century the clapboard siding and a grand front porch that would be a glorious place for summer visitors to linger on while sipping some sweet tea. Right now the front porch was a little rundown and piled high with building supplies. The driveway wasn’t much better. Trucks and vans clogged the way, all of them toting names of local carpenters, electricians, and plumbers I was pleased to see.

Parking behind one of the vans I eased out, looked up at the regal but rundown inn. It would take a lot of work and a huge infusion of cash to get her back to her glory days. The shutters were rough, the windows ancient, and the siding in desperate need of some tender loving care if not total replacement. Perhaps Eason may need to go to a bigger city – say Manchester or even Bennington – to locate someone skilled in replacing rotted wooden clapboard siding. I knew little of such things though. Maybe he would want modern siding although that might interfere with the historical aspect of the inn. The plaque hanging beside the front door said the Pillsfore Home had been built in 1898 by Horace Pillsfore, the first mayor of Couton-on-the River. The tiny park by the old gristmill was named after Horace. So perhaps modern siding would be verboten. Probably so.

I climbed the steps and peeked through the open front door.  The lobby was in disarray and the floor already bared to what would be stunning hardwood. The old carpeting lay rolled by the far wall ready to be taken out to the back where I assumed a dumpster had been set up. The main room smelled of dust, mouse urine, and mildew.

There among at least ten other men in flannel and denim stood Eason Dunne. My belly did a silly flip-flop, somersaulting the grilled cheese sandwich I’d had for lunch. God he was beautiful. So tall and buff. Wide shoulders stretching the soft flannel shirt, hairy forearms bared, long muscular legs encased in deep blue denim, and his huge feet in work boots. Bits of white dust gave his chestnut hair a powered look. Overall he was the finest looking man I had ever seen.