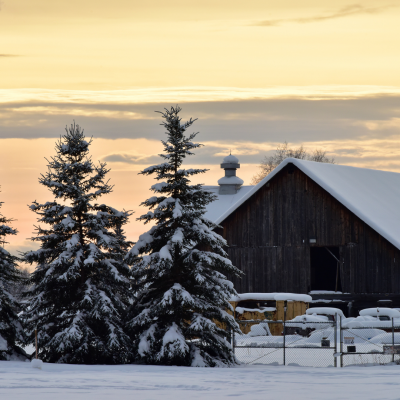 Someone – or something – rapped on my driver’s side window. I screamed, flailed, hit the horn, and nearly shat my pants. Which would have been the absolute worst thing ever because they were brand new slacks and had cost a pretty penny. They were worth every one of those pretty pennies. They made my ass look incredible.

It was then that I heard the sound of something running. Something like a large machine. I turned the radio down then peeked through the frosty glass to see a lean, handsome face staring in at me. The man was bundled up, a hood over a knitted cap, and a scarf around his neck. He tapped again. Then he smiled. Oh, oh my, he was really pretty. Snow clung to his lone lashes that framed slate gray eyes. It was adorable. And I was officially cheesy as a Hallmark holiday movie trailer.

I pushed the button down. “Oh thank God! My savior!” I nearly wept again. The sound of the tractor parked a few feet down the road entered the open window, as did the smell of diesel fumes. “I’m stuck here in this gorge and there are bears eyeballing me as we speak!”

“Bears are hibernating,” he corrected in a voice thick with an inland Northern Appalachian accent that sounded like the cherubs singing at the moment. “I’ll pull you out of the ditch and get your car back to the farm. ‘Fraid you’ll have to ride out the storm with me. Township won’t risk plowing until the storm is done. School buses aren’t running now with the Christmas holiday starting.”

“Okay! Fine, fine, I’d love to ride out the storm with you.” His thin, dark eyebrows rose. Snowflakes were sticking to his eyelashes and brows. Gosh he was pretty. “I mean with someone. I thought I’d die here alongside the road.”

“Right. The bears.” I heard a small amount of amusement in his tone. Was he laughing at me? Probably. Rural folks always chuckled at us city boys when we were blathering.

« Neuerscheinung!
Now in KU! The Bachelor and the Cherry »