Today we have a snippet from ‘The Ballad of Crow and Sparrow’ my current MM Historical Western romance.  Our word prompt today is “Flowers” and in this snippet Crow has finally reached his abandoned cabin in the White Mountains of Arizona, where he’s going to keep Sparrow (Spencer) until his gang comes for him. I’m beginning to suspect that if the gang does show up Crow might not be willing to hand over the man he cares so deeply about… 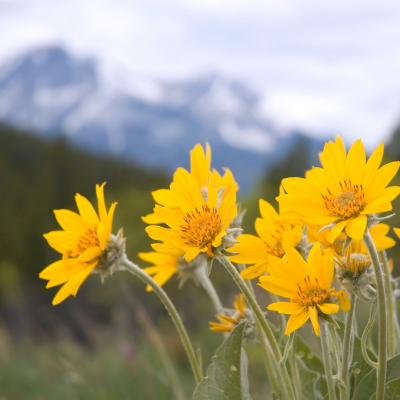 Three days later we spied the cabin. My heart flew to the clouds to see it still standing and sound. Gin raced ahead, stopping to piss every two feet to reclaim her property. Wind danced excitedly, side-stepping with joy upon seeing his barn and the shelter it afforded him. Once I got the paint to stop prancing, Spencer slid from the back and I dismounted as well, tossing the reins to the thick grasses and wildflowers that now grew tall and high outside the cabin.

Knowing I needed to greet Papa, I walked over to the big tree and dropped to one knee, bowing my head, and whispering to him. I glanced over at Spencer, standing alone in the overgrown front yard, my hat on his head, and his gaze locked on me. I slowly rose and beckoned him over. He came, slowly, and when he stood beside me I pointed at the cross that lay on the ground, the freezing and thawing earth pushing it free from the soil.

“This is where my Papa is buried. Jean-Marcel Poulin.”

“Bonjour,” Spencer murmured then whipped my hat from his head.

I left him by the grave site which was now green with grass and yellow blanketflowers. I jogged to the barn to find a hammer. Nothing had been touched by human hands which was miraculous but the signs of animals investigating the barn were thick. I suspected such might be the case in the cabin as well.

After I had the cross hammered back into the rich dirt, I said a small prayer over Papa. Spencer stood respectfully silent, gripping my battered hat. It had been nice to hear him speak even just one word. He’d been quiet and withdrawn for the past few days, replying only with one word when I would ask him something or point out a colorful bird or animal. I suspected he was upset with himself for kissing me but I could not be sure.