Today we have an excerpt from Sugar and Ice, Arizona Raptors #4, written with RJ Scott. This will be the final snippet from this book as we’re just about done with it! So next week we’ll be sampling another novel. 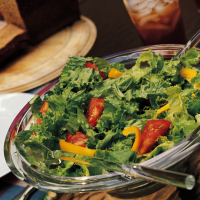 “I’ll just have a beer, or…no, uhm, just some water with lemon.”

I scurried off into the kitchen to remove the garlic potatoes and chicken one dish meal I had prepared. With a big salad this was a perfect dinner for two athletes sitting down to talk. I placed the chicken on a trivet, moving around my kitchen to the fridge where I had the salad stored.

“So like, Taylor Swift, eh?” I looked up from the inside of my refrigerator to see Tate now in the kitchen. Did he never listen to directions? “You own every CD she ever made? Or did you miss her kindergarten Christmas concert?”

“Snooping is unbecoming,” I mumbled then pulled the big bowl of salad from the fridge. He chuckled. “My love for Taylor is a private matter.”

“Yeah well if you’re trying to hide something maybe you shouldn’t be so obvious.”

I knew that he meant that in reference to all the CDs and vinyl albums lined up on one long shelf on my bookcase. Or at least I thought he meant it in that manner. Hands filled with a cold glass bowl heaped with romaine and iceberg, radish slices, carrots, tiny bits of black olive, and a jar of buttermilk ranch dressing I stared at him openly, unable to form a sensible reply. Which was my standard operating procedure with Tate nearby.

“He kissed me,” I said for some bizarre reason. It was important that he know that I hadn’t initiated anything like I had with us. “For a song about tits.” He arched any eyebrow. “It was…you should have been there to understand it best. You…this thing with us, this attraction…it’s making me off-center. Wobbly. I think perhaps we should not act on our lusts anymore until after the season is over.”

“Uh-huh. Is that what you really want?” He walked over, took the salad, placed it on the island, and then planted himself right in front of me. “I’m not going to pressure you. I have enough shit to deal with let alone adding dating my team captain to the list.”

His eyes were lovely, truly. Thick sweeping lashes and eyes that were brown with flecks of gold, like those little Russian chocolate caramel candies everyone always wanted me to bring back to the states.

“You should be in the living room.”

“Hard to eat in the living room when the food is out here.”

I lunged for him at the same time he moved to me.