Welcome back! This week is our picture prompt week and all posts must reflect the chosen image. Today’s post is from my current WIP Final Shot, the second book in the Overtime trilogy. In this snippet Dan and Vic are having a talk with their son, Jack. 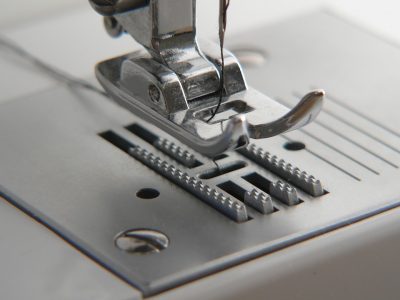 He opened his arms. I stood then stepped into his embrace. “How’d a baboon’s ass like me ever get a man as good as you to marry me?”

“Good luck and a big dick played a part.”

“Me and Mickey Malkovich.”

“Frigging love Mickey.” He whispered then rapped on Jack’s door. Nothing. Another rap. Nothing. A short polite rap and a cough from Victor roused a curt “It’s open!” from inside. We entered and immediately heard the whir of a sewing machine as it warred with the soundtrack for a musical. Not sure which one. Musicals aren’t really my thing.

Jack pushed down on the pedal of the machine. The needle flew. I’d never seen anyone sew with such attitude before. Vic took a deep breath and padded over to the tiny stereo system that Jack’s phone was playing through. I sat on the neatly made twin bed. Jack never looked up, his flop of red hair dangling down into his eyes. How he could see to sew I had no clue but man was he sewing. Then the only sound was the whir of the Singer’s engine and the chuka-chuka-chuka of the needle flying at Mach one.

“You want to stop sewing and look at us?” Vic asked after dropping down beside me on the bed. Jack exhaled dramatically and ceased feeding more of the yellow-and-blue floral patterned material through the machine. When he turned to face us it was obvious that he’d been crying, his eyes were red-rimmed and his fair cheeks blotchy.