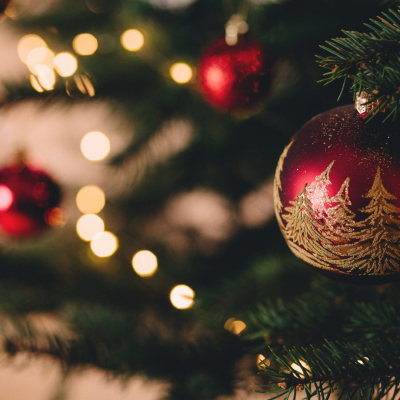 Then the scene changed. From Santa to a young man in bed. Only the bed was upright and he was standing. His eyes popped open when a new song began and I felt a pull to the beautiful dark-haired tenor wearing a sleeping cap, tights, and ugly striped socks. Truly, the socks were the only ugly thing about the man. Everything else about him made me yearn to touch him.

His skin was tanned, his hair black as night and long enough that he had to flip it back from his face, and his eyes big and brown and filled with mirth. Even the small microphone/earpiece that curled around from his ear close to his mouth couldn’t detract from his beauty.

The glass of water in my hand nearly slipped from my fingers as I lost myself in his beauty. Then he starting singing and I had to hurry to place the goblet to the table before I embarrassed myself. Buddy, that was the beautiful elf’s name, leaped out from under the covers wearing nothing but green leggings and those terrible socks. As he sang he got dressed in your typical green elf garb complete with jacket, silly hat, and even sillier shoes. I sat there riveted, trying not to stare but failing miserably. He wore tacky green tights incredibly well. “Buddy” had an ass that was high and tight. When he turned to face the audience my gaze lingered on the bulge in his tights.

“Is it wrong to want to lick one of Santa’s helpers? Asking for a friend.” Pierre whispered in my ear.