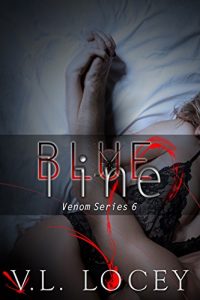 If there’s one thing that Helen Parat knows, it’s how to defend. Whether it’s her goalie or her bruised heart, the Venom’s top D-man isn’t about to let anyone get too close. While it’s an admirable thing on the ice, it’s left her alone for far too long in her personal life. Better lonely than taunted, the stately beauty decided years ago. That philosophy has served Helen well – until Bobby Fovea entered her defensive zone.

The energetic and handsome Wildcats captain is winning Helen over, one honest and loving smile at a time. Just when she thinks she’s blocked him out, Bobby finds a new way to work his way into her heart. As Helen and the Venom make their push for the championship, it’s going to take every ounce of dedication, grit, and passion she has to seize not only the cup but the happiness she’s denied herself for far too long.