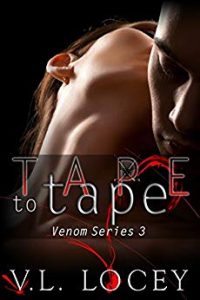 Venom defensive coach Dot “The Shadow” West has made a nice life for herself. She’s found a new position on an up-and-coming women’s professional hockey team, her daughter is thriving, she gets along well with her fellow coaches and her players admire and respect her. She’s proud to have accomplished so much by herself. Everything is running smoothly in her life with no help from anyone, thank you very much.

Sadly, there’s one annoying glitch in Dot’s new life, and it’s in the form of good-looking Theo Grier, former Wildcat goalie and co-host of a controversial sports talk radio show based in Philadelphia, home of the Venom. When Dot loses her cool and calls in to spar with Theo on the air her structured and solitary existence takes a sudden unexpected turn. Before she can hip check the smug fool out of her life she somehow ends up working with him on a new talk radio sports program.

Can she defend her heart against the unwanted feelings Theo is stirring up? Or will she continue to guard herself, and her past decisions, against the offensive moves being made by the ex-goalie? The only man to ignite her passions – and ire – in years?