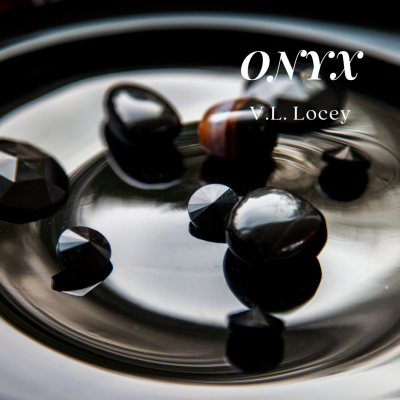 My Grandpappy Gabriel used to have a saying about the gleam in an alligator’s eye when he spied his dinner drinking at the shoreline. Of course, Grandpappy Gabriel had a saying for most all events, as a good Creole elder should. Most were silly turns of phrases but the one about the gator’s gleaming eye always came to mind when Butch Hurler looked at me. I’d be lying if I said that I wasn’t just a wee bit eager to wade out into the brackish waters and tempt the devil just a bit. Lord knows Mama would flay me for such a thing, but Mama had flayed me for many a thing in my youth.

“How you go on,” I replied with a soft smile. “I have an early morning brunch date on the veranda over at the Calypso Room with a very wealthy client.” My gaze flickered from Shin to Butch who, it seemed, had lost his ability to speak.

“Wait, what?” Butch stammered. Ah, so there his words were. “No, you’re not supposed to be dating outside of the Gems building.”

“Oh, Chere, I’m not meeting Raphael on a street corner. This is the Calypso Room atop the Colchester Arms Hotel. I’ll be as safe there was one would be in their mama’s arms.”

“Nope. Sorry, no outside rendezvous.” Butch threw a stern look up at me. I had about eight inches on him without my sandals. More like ten now. Shin tried to fade into the background, but he froze after I shot him a glower. “Call Ralph back and tell him he can come here to brunch with you.”

I crossed my arms over my corseted chest. “That is simply not acceptable to Raphael. He never crosses the bridges.”

Butch sniggered. How dare he mock my client’s adherence to social rules? “Oh my, well, what a shame for Ralph. That is tragic. We’d hate for him to sully his tires by driving on our filthy Southside streets. Guess he’ll have to eat his fish eggs all by himself. You agreed to the rules in that group chat message I sent out.”

I shook my head. Yellow curls bounced off my nose and my glorious broad-brimmed hat slid down my brow. This man was just as prickly and smug as a gator in a wading pool. Guess the alligator comparison had been a good one after all.

“Non,” I argued as I brushed a curl from my cheek and adjusted my hat. “This is a set date. Every Wednesday at ten a.m. sharp. Raphael pays me sinfully well for my ninety minutes of chit chat and looking fabulous. I’m going.”

“Then I’m going with you,” Butch snarled. My eyes flared. “Those are the choices, Onyx. Ralph comes here or I go and guard you. We’re not going to allow any of our employees to be snapped up and beaten like Amber was.”

I bit down on the reply resting on my tongue. Poor, sweet Amber. Those dirty hoods had whipped that child like a rug on a line. I shuddered thinking of the pain and humiliation he’d endured. My pain threshold was quite low. I cried over a splinter. How brave he was to come back to us after leaving with our Diamond. Foolish, yes, but also brave. I’m not sure I had the courage to be so gallant if need be…

I glanced at Shin. He shrugged. “Seems like a good compromise. Butch can sit at the bar or something, keep an eye on you. Ian’s safe at the factory. You said so yourself.”

Butch nodded silently. “Yeah, okay. I can go with Onyx. But I have to run Ian to the plant first. Move your ass, then.” I blinked at the curtness. Butch sighed melodramatically. “If you’d please come with me, your divineness?”

“I suppose I have no choice. I shall speak up about this at the next spirit meeting.” I spun on my heel and stalked off, leaving Butch to trail after me like a tiny child trying to catch his up to his pappy.

The heat of a sweltering city morning hit me in the face when I stepped to the sidewalk. Instantly, I felt wilted. Butch slipped around me and opened the rear door on a shiny black SUV. Tucking my tiny clutch under my arm, I folded myself into the back while holding onto my hat.

“Is it Bring-a-Beautiful-Man-to-Work day?” Ian asked from the front passenger seat. I gave him my most dazzling smile as I crossed a leg or tried to. “Did I miss the memo?”

“No, no, Chere, your man there,” I waved a hand at Butch stumping around the front of the car, the city wind ruffling his brown hair and rumpled suit jacket. “Insisted he protect me on a date.”

Ian lowered his phone and craned his head to look at me. “That’s a good idea. I know, we all hate this.” He rapped on his chest. “I’m in Kevlar.”

“Sweet Jesus,” I gasped. Then the reality of things settled on me a little more firmly. “Is there nothing we can do?”

“Keep our heads down and not take chances. Butch and I are working on a plan.” He gave me a reassuring smile, then the driver side door opened and Butch dropped into his seat with a grunt.

“It’s hotter than two rats fucking in a wool sock. My boxers are glued to my balls already and it’s not even nine o’clock in the morning,” Butch huffed as he buckled in.

He was such a funny man. Rough and dirty, just like the Southside, yet there was a glimmer of something fine hidden under the grit and attitude. Much like a bucket of dirt that contains a gold nugget. It was an infuriating and perplexing mix that made me want to slap the sass out of him one moment and peel off his God awful suit the next.

“Try going commando,” Ian tossed out as the engine rolled over.

“Right, like I’m going to let my taint rub on cheap polyester.”

“You could make the fashionable choice and switch to wool suits, as Mr. MacDougald wears,” I chimed in from the back. “Wool is much more sophisticated and drapes better. Also, it’s cooler in the summer and warmer in the winter, as well as having a lower carbon footprint than polyester.”

I sniffed, then pulled my phone out to check my social media as well as any incoming requests from my clients. My week was going to be a busy one, which was good for my bank account. I’d soon be able to put that down payment on a condo in the Market District of North Colchester. The tiny apartment I lived in now was just a midway stop between my old rooms at Gems and this condo with a garden terrace and twenty-four hour security.

My skin prickled with anticipation. Finally, I’d be able to shake off the tenacious bayou scum that clung to me. With a condo on the fourth floor of Seven Colchester West and another round of diction lessons to hopefully scour this backwoods accent away, the family freak would finally be free of his poor Cajun roots. I glanced up at every stop light, keeping an eye on the time. Raphael did not brook tardiness. We still had time. The Caddy was moving slowly but steadily over the Colchester River now, taking us from abject poverty to upwardly mobile in the span of a mere six thousand feet. My foot bounced in time with the Marvelettes “Please Mr. Postman” on an oldies station. Seemed Butch had an ear for that classic Detroit 60’s sound. At least that was one thing we agreed on. I adored the clothes and cars of that era. Once I was settled in my new condo, I’d find a big boat of a car, maybe a bright red 1965 Lincoln convertible.

The car slowed. I looked around to see that we were at Blue Moon Aerospace. Once we cleared the outer perimeter of security checks, there were three more to move through before the plant came into sight. It was a huge complex full of space things and other little gizmos that floated around in the atmosphere. I knew little of what Ian MacDougald did, aside from the fact that he created space probes or satellites, made millions of dollars, and loved our precious Shin as much as one man could love another man.

The SUV pulled up to a curb. Ian and Butch got out. I smiled and wiggled some fingers at Ian through the window as Butch walked him into the factory. Once they were gone, I returned to my phone, startling a bit when Butch returned and slammed his door shut. The Four Tops were playing, singing about their sugar pie who was also their honey bunch. My gaze met Butch’s in the rearview. His green-brown eyes held something that he quickly shuttered, then looked away.

“You can come up front if you want,” he said, his voice rough as a cat’s tongue.

“I prefer to sit back here in all my divineness and let you play chauffer.”

He snorted in amusement. “As you wish, Ma’am. Or do you prefer Sir?”

Oh, how sweet of him to ask. “Let’s stick with ‘Your Divineness’ until further notice. Can we go now? My date dislikes me being late.”

The playfulness in his gaze sadly melted away. “Right. Got to get you to Ralph.”

Was that jealousy I heard? I lowered my head but stole a glance from under the brim of my hat. His jaw was set, his lips flat as a fritter. Mm-hmm. I thought so. Looked like we were going to pass a good time at brunch!

« Tuesday Tales – PICTURE PROMPT
The World According To Liam – OUT NOW! »