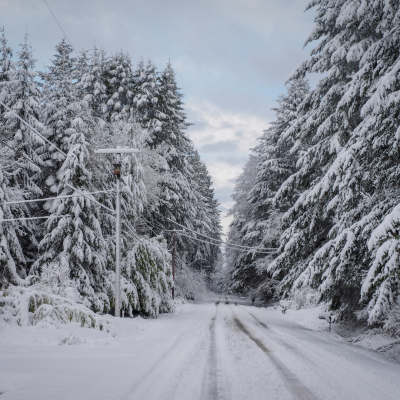 “What in the name of Cameron Diaz’s gorgeous smile is this road sign even saying?”

I pulled slowly up to a cockeyed sign on a crooked post, rolled down the window of my Beemer, and stared through the sideways snow at the hand-painted plank. Snow blew into my car and face, the intensity of the supposed snow showers now making it nearly impossible to even see five feet away. I was going to kill Leander, my father’s personal assistant, if I ever made it back to Pittsburgh. “The weather app says they’re only calling for snow showers along the Pennsylvania and New York border. It’ll be fine!” The liar. Leander was a liar. A skinny twink fibber who seriously needed a new fucking weather app. When I saw Leander next I would punch him right on the chin. Then strangle him with his stupid Hufflepuff scarf.

My cell service had cut out several miles back, leaving me to creep along unpaved roads with no damned street signs trying to find the Happy Laurel Farm. I couldn’t imagine the mountain laurel was happy right now. It was probably buried under several feet of snow wondering why it hadn’t been born a palm tree. I also was wondering the same thing as I sat in my car, cheeks coated with snow and ice, trying to decipher if the road on the right was actually named Mule Kick Run. Had I driven out of the real world and into an episode of The Andy Griffith Show? Was Barney Fife going to appear out of the snowy woods to run me in for some trumped-up charge like loitering on a county road with malicious intent? City slickers were always malicious in the eyes of the rural folk. Just ask Aunt Bea.

“Where the hell am I?!” I shouted into the whirling, white void.