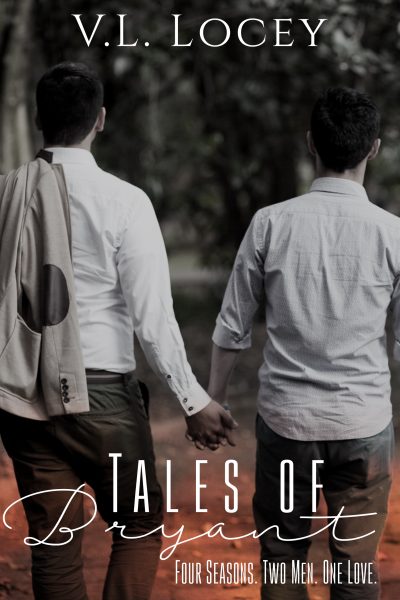 There are some places that touch a person’s soul. For me I have discovered a couple in my journeys so far. One is Wales, and another is Bryant Park in New York City. After visiting New York last winter to take in a Rangers game, my daughter Stephanie and I spent some time doing some holiday shopping in Bryant and I was forever charmed.

When I was lucky enough to take part in the Seasons of Love anthology, I got to write a short story about a pair of men, Isamu Taylor and Brian Gilles. “Brioche for Two” was part of that anthology, and I knew there was more to tell in this modern Cinderella story, so I wrote three new short stories and compiled them into Tales of Bryant!

Release date is April 10. There will be no preorders.

Huge kudos to Sloan Johnson for her amazing cover art.

After spending weeks admiring handsome but older Manhattan executive Brian Gilles while delivering brioche to him in Bryant Park, the man of his lusty dreams has just expressed a desire to get to know Isamu better. A night on the town is just the beginning of a whirlwind romance that will span not only four seasons but countless years.

Amid the beauty and charm of Bryant Park, New York City, two men are about to discover that love knows no age or economic boundaries. This is a collection of four short stories starring these two amazing men, their one sublime love, and the park where it all started.