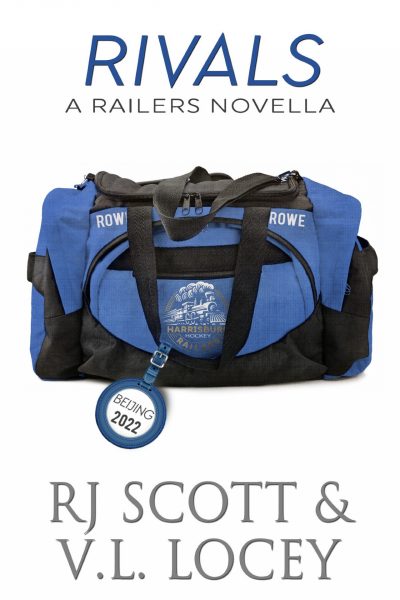 ALL BUY LINKS
Playing for their country in the Winter Olympics is the highest of all honors, but when family members are pitted as rivals and a dark specter from the past turns up in Beijing, tensions run high, and abruptly, it’s not all about the hockey.
Jared is torn—assistant coach for Team Canada, with Ryker on the team; he bleeds red and white and wears the maple leaf with pride. Only Ten is now a rival, and not only that, but the country they’re all playing in frowns on his marriage and keeps him and Ten apart. Jared wants to win gold for his country and his son, but he’d be so proud if Ten were to win. He’s confused and concerned, but when a face from their past turns up to play, he’s furious.
Being picked for Team USA is one of the things Tennant dreamed of when he was a little boy. All of his other aspirations have come true through hard work, determination, and pure talent. Now he’s about to represent his country in front of the world, and the pressure is starting to build. He’s also just come face-to-face with a hated rival from a dark period in his past. Add in the burden of squaring off against his husband and stepson, and Ten is feeling the pressure to be perfect.
Family becomes rivals—but love always wins.
ALL BUY LINKS
« The Ballad of Crow & Sparrow Now in KU
Tuesday Tales – Running »