Today we have an excerpt from Songs of Red Currant Wine, Colors of Love #6! 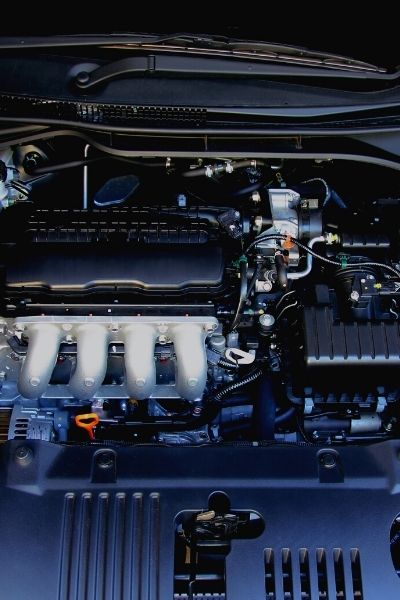 “Sure.” I couldn’t get the damn thing passed over fast enough. He slid the headphones on, hit the play button, and then grinned madly as “9 to 5 (Morning Train) flowed into his ears.

“I have no idea who this woman is but she has some mad pipes!” He shouted and I laughed. Outright laughed. The sound startled me. God, had it been that long since a person had amused and charmed me so thoroughly? It was like Mike and me all over again. That stop threw a wet blanket over the simmering embers of lust. Me and Mike. Was I so attracted to him because he so resembled his brother in looks and temperament? Both were tall, strapping, dark, outgoing men. Shit. Fuck. I began to distance myself a bit. Just enough so that his elbow wasn’t brushing mine or that his deep woods cologne didn’t tickle my nose. This attraction to Tigh was way off base. I didn’t know him from Adam, I was just hot for him because he looked like my first love. My only love. His smile began to dim a bit as I inched away. With a smooth move he tugged the headphones off and handed me back my music.

“I should leave you to your time alone with Mike,” I said, jerking my chin in the direction of my car. He glanced over my shoulder then his brown eyes flared.

“Holy shit,” he whispered as if he’d just seen God himself stepping down from the heavens. “Is that a 1970 Dodge Challenger?”

I spun to look at my car parked all by herself. “Yeah, it is.”

“Oh man, what a beauty! Can I lift her hood and take a peek?” Excitement coursed off him. How could I possibly turn down his request. He was sinfully appealing. It seemed I was a weak man. Just a second ago I’d been set on walking away as fast as I could. Now I was telling him to peek at my girl’s intimate parts. He jogged to my car, through the gates, and I could not tear my gaze from his long legs and tight ass. Tigh gave the old muscle car a slow circle, whistling in appreciation. His fingers skimmed over the front fender. I felt a pang of envy. “These are so rare to find in such good condition.”

“Well, I’m not sure I’d call it good condition.” I tossed out as I slid behind the wheel and rolled the engine over. Watching his face through the dirty windshield, I was treated to a man experiencing sheer joy. His eyes closed, his mouth fell open, and his head fell back. The rapture of a 440 cubic inch engine was upon him. I had to smile.

“Can we look under the hood?” He shouted to be heard over the rumbling engine and the exhaust leak. I gave him a thumbs up and killed the engine. He fumbled with the latch. I eased out from behind the wheel as he freed the hood then lifted it up then propped it open. “Oh shit, now that is sweet. You don’t see this kind of power in cars today. This came in a 426 too, right?” I bobbed my head as he fiddled with the battery clamps. “These are in pretty bad shape. Why don’t you bring it by the garage tomorrow and I’ll get you some new ones. And maybe take a look at the exhaust.”

“Oh I…I couldn’t impose,” I stammered, jerking my eyes from his biceps when he looked back over his shoulder at me. He’d caught me dead to rights eyeballing him. I tore my sight from his inquisitive eyes and studied the sky.

“Carl, it’s not an imposition. Mike would flay me if I let you drive back home with a bad exhaust and a funky terminal.”

God he was sincere and sexy. “Sure, yes, for Mike.” The smile that took over his face turned my knees to pudding and killed any kind of weak resistance I’d been drumming up.